Happy National Dog Day! (Who knew there was such a thing? Because I didn’t!)

Now to celebrate I am joining the Dog Day Blogathon, initiated by Allie of Often Off Topic, by listing down my Top 5  best live-action movie/TV dogs, and Top 5 animated movie dogs of all time. 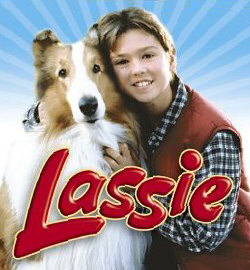 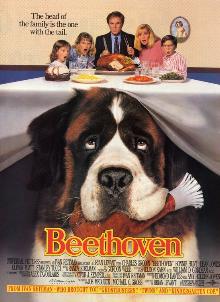 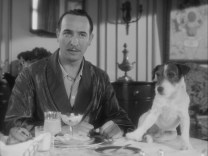 – RIP Uggie. This is probably the most famous dog ever (he has his own paw print in Grauman’s Chinese Theatre on Hollywood Boulevard mind you) and his fame is well deserved because it is impossible to not fall in love with him.

– Another impossibly charming Jack Russell. Milo wore that Mask and owned it.

– Had a lot of St. Bernard dreams after watching this. Couldn’t convince my parents to get me one. I mean sure Beethoven is destructive and messy and chaotic. But come on, look at that face!

Our very first dog was named Lassie (RIP) because we were obsessive about the TV show. Our Lassie was in no way as take-charge heroic as TV Lassie, ours was lazy, I couldn’t care less Lassie, but we love her all the same!

Shadow and Chance from Homeward Bound: The Incredible Journey (1993)

– Domesticated dogs braving the wild, and possibly transforming from pampered to hardened canines, and possibly becoming the best of comrades, to reach their home and master, it was indeed an incredible journey. And oh, they had a cat (Sassy) with them to boot. And you all know how cats are. 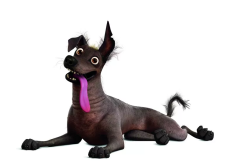 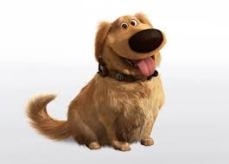 – Dante is of the Xoloitzcuintle breed (or “Xolo”), which is also the Mexico’s national dog. And legend has it that Xolos are actually considered as spirit guides for real, accompanying souls who journey the underworld. And they are also believed to have healing powers and are guardians against evil. I mean what more can you ask for? And if you haven’t seen the Pixar short called Dante’s Lunch yet, see it now. He owns that Luchador outfit.

– Max represents the true loyalty of a dog. I mean he had to put up with those reindeer antlers and pull an overloaded sled with his Master’s behind planted on it to boot. That is truly man’s (or in this case, green hairy um Who person-ish?) bestfriend. Also Chuck Jones is the best! And this is my favorite Dr. Seuss adaptation among all.

– You know how there are smart dogs and there are also dumb ones? Dug is kinda um…not on the smart side. But he is the goodest of boyes who will always have your back.

– A Nanny dog? I mean, shut the front door. But if I had kids, I would feel perfectly fine leaving them to Nana. Nanny Mcphee who?

– Balto actually existed y’all. The story is about the dog of the same name who saved children from the diphtheria epidemic in the 1925 serum run to Nome. Dogs have always been heroes right?

Before I end this post, I’d like to introduce you all to Yuki, a Maltese-Spitz mix whose favorite things include: rolled up newspaper tied on a string, doormats (the noun), the sound of opening packets, charging at people from behind, and my mom having breakfast. She is a goofy little fluffball that is continuing to bring me joy and laughs (and sometimes grief…she possibly has little dog syndrome). I love it when she would rest her head on any elevated object as if life is just too darned short to carry your own head. I love how she would go up our stairs, which is like how a rocking horse would had it been animated. I love it when she would greet me as if I have been gone for years when it has only been hours. I love the absolute pure adoration I see in her eyes all the darned time. Dogs are the best!

Do tell me about your own favorite puppers whether real or fictional. And once again Happy National Dog Day! Head on over to Allie’s blog and click THIS to join the blogathon.

Always give your doggos some love!

3 thoughts on “Because Dogs Are The Best: A Dog Day Blogathon Post”